Quarantined data is data that has erred-out multiple times during attempts to forward it or data that could not be stored because of some configuration issues. It is removed from the forward queue to allow other data to pass. The most common reason for data quarantining is an invalid schema in the database for the data that is being stored. Quarantined data is held indefinitely until the issue is resolved, then you can either delete it or re-insert it into the queue.

To handle the quarantined data 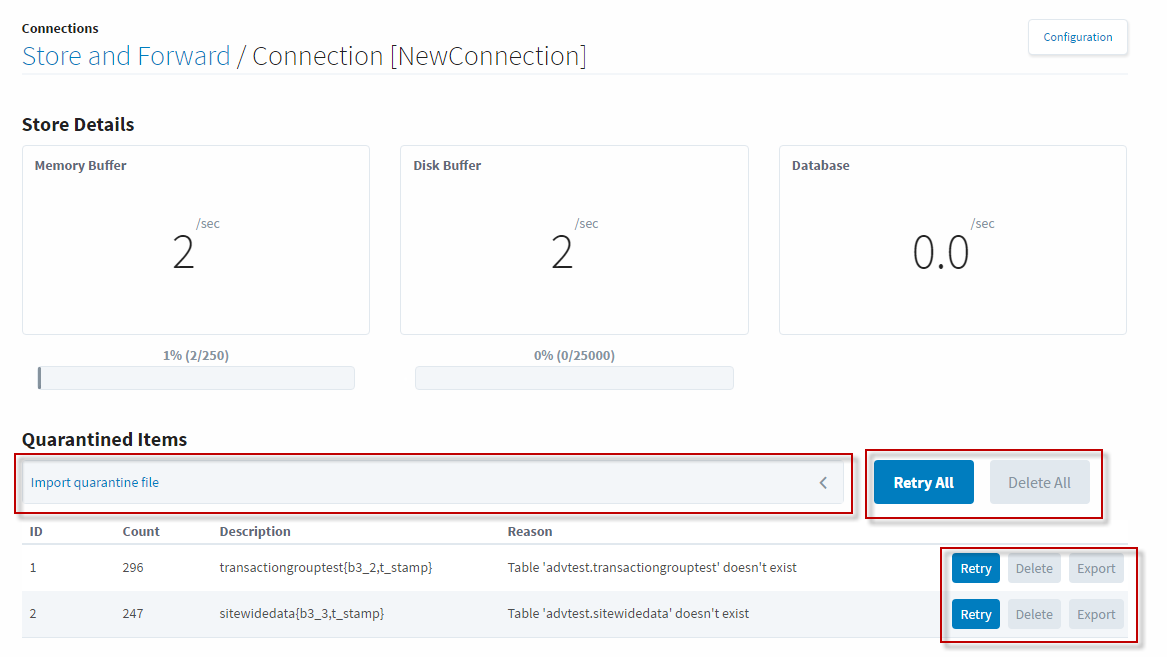