Charts can run silently on the Gateway, but being able to interact with the chart from a Client (ie: pausing a Chart) can be useful. Since a Chart can be executing some critical process, we highly recommend utilizing security settings to restrict access to components that are able to modify the state of a Chart.

Changing the state of a Chart can easily be accomplished without scripting from the SFC Monitor component. From the Client you can simply right-click on a running chart, and click the state you wish the Chart to transition to.

Note that the Chart Lifecycle is still in effect, so only charts in a Paused state may be resumed. 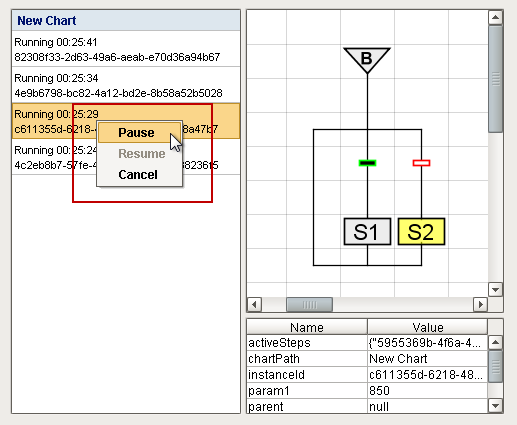