The Client and Gateway Event scripting workspaces are located in the Project menu of the Designer underneath Properties, or in the Project Browser under Project > Scripts. Each Scope has its own set events, most of them being the same type of event in each Scope. 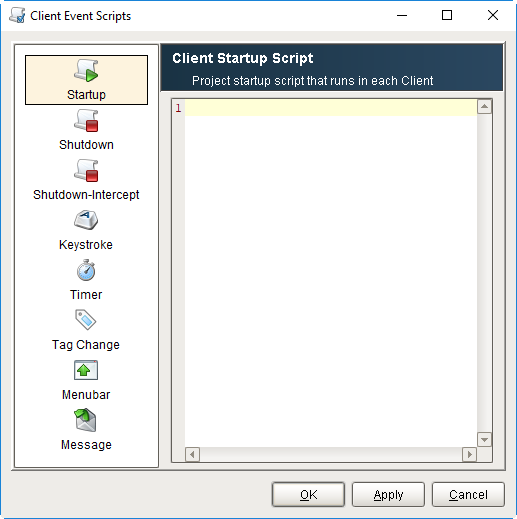 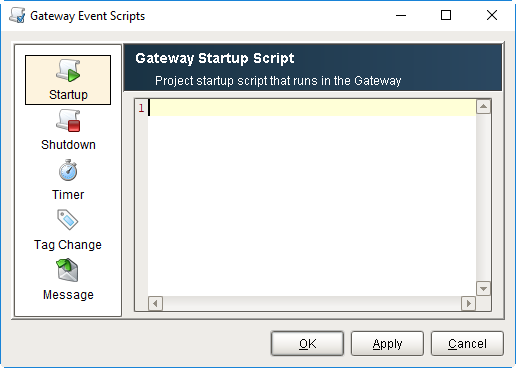 Having the Tag Change Scripts run in the Client Scope means that the scripts will trigger when a Tag in their Tag list changes, but only if a Client of that project is open. This means that if no Clients are open, the script will not fire, and if many clients are open, the script will fire once for each open client. Additionally, because this is run from the Client Scope, it will have access to Client resources such as Client Tags.

The Gateway has a special section (Gateway webpage - Status > Systems > Gateway Scripts) where you can quickly check to make sure your Gateway scripts are running properly. If any of your scripts have an error, you can find the details of the error to help you troubleshoot what went wrong. You can also find a list of logged errors for all Gateway Event Scripts under Log Activity.  To learn more about statusing Gateway scripts and troublshooting, refer to Gateway Scripts.