The Enterprise Administration Module provides a lot of information about agents inside the Designer that allow you to search agent information to see the status of an agent and history of tasks using Tags, binding functions, and scripting functions.  Anything you want to know about an agent can be found using EAM in the Designer.

System Tags are created on the Controller for each agent, allowing you to build EAM monitoring clients, set alarms on individual Tags, and many other Tag-related operations. To view EAM Tags, launch a Designer on the controller Gateway. In the Tag Browser, navigate to System > Gateway > EAM > Agents.  A Tag folder is created for each agent. As with other system Tag values, all EAM system Tag values are read-only. 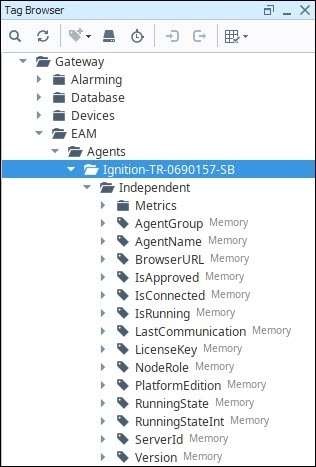 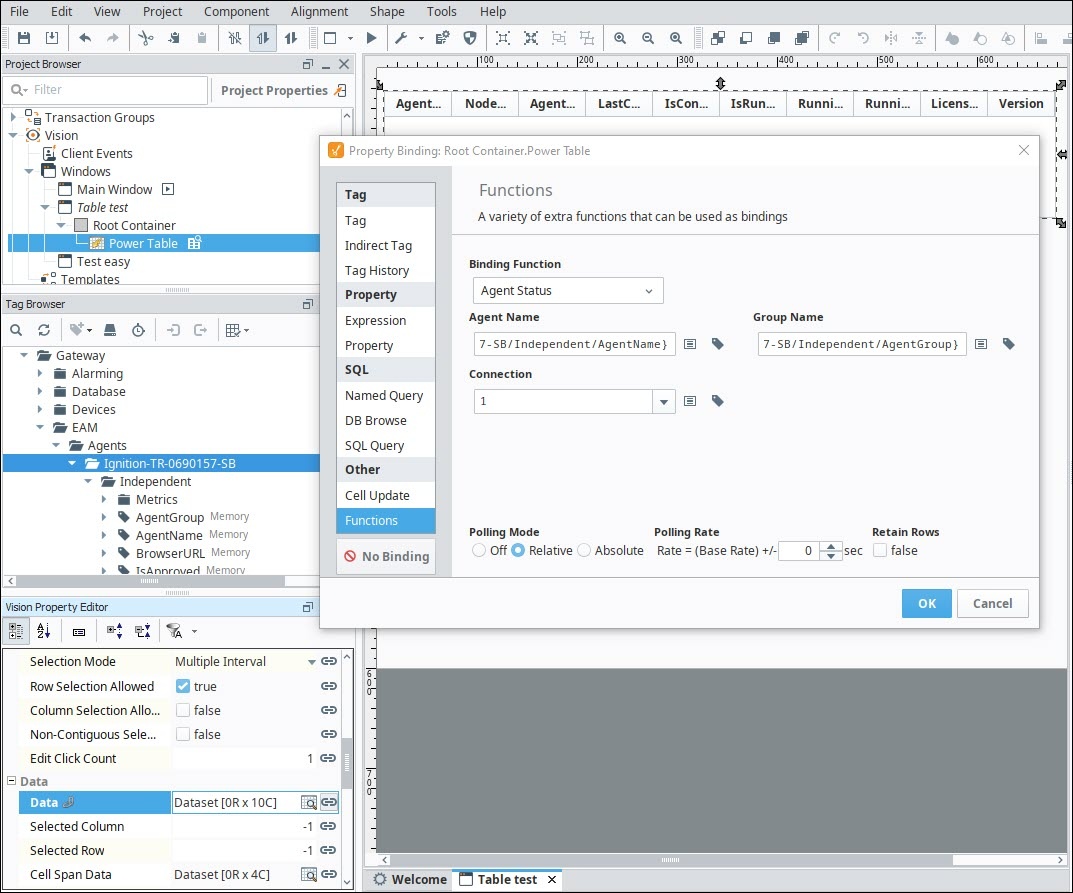 There are several scripting functions that are included in the system.eam package:

More details and examples can be found in the system.eam section of the Appendix. 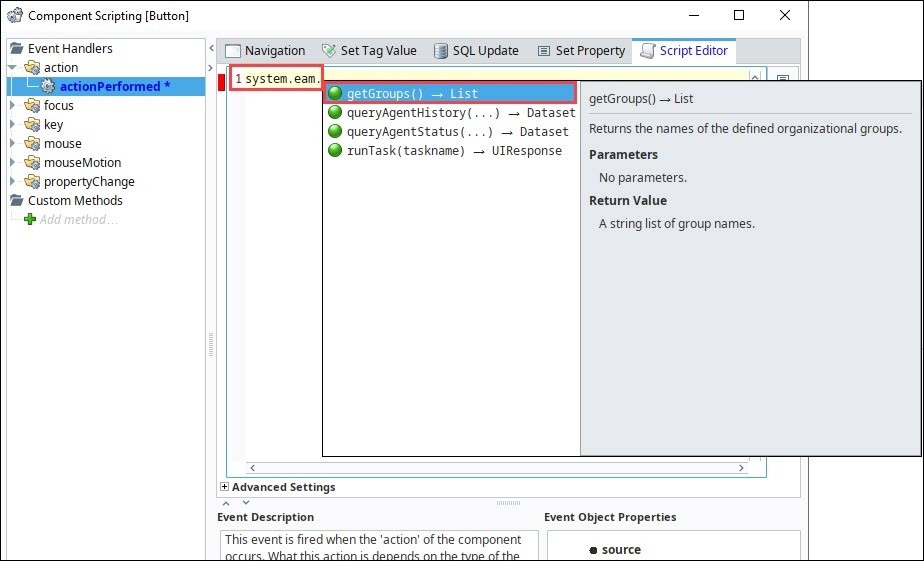 With the EAM installed, you unlock more than just Agent tasks as a way to send data between gateways. When you are using a pair of servers for Development/Production, you can take advantage of the EAM to send Tags between Gateways much like you can send projects by using an Agent Task.

From your Controller, you can right-click on any Tag and send it to another Gateway in the Gateway Network. Since it is unlikely that you have identical PLC devices connected to multiple Ignition Gateways, this will only be useful for Development/Production server pairs or for memory Tags. 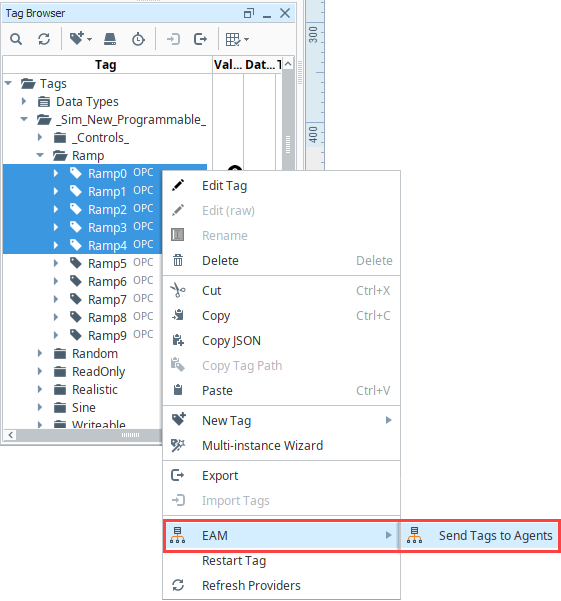