What Are Named Queries?

The Named Queries Welcome tab allows you to create three types of named queries. Each one of the named query types is basically a template to help you get started creating your own query.  Once you select a Named Query type, enter a name, and press 'create', and the specific named query template will open.  The Select Query and the Update Query will have some sample parameters and queries to help you get started.  The Named Queries Welcome tab will show you any recently modified named queries along with the date it was modified and who modified it. You can even double click on a recently modified query and open it.

The Named Queries Welcome tab provides a quick way to create a new query and update existing ones. 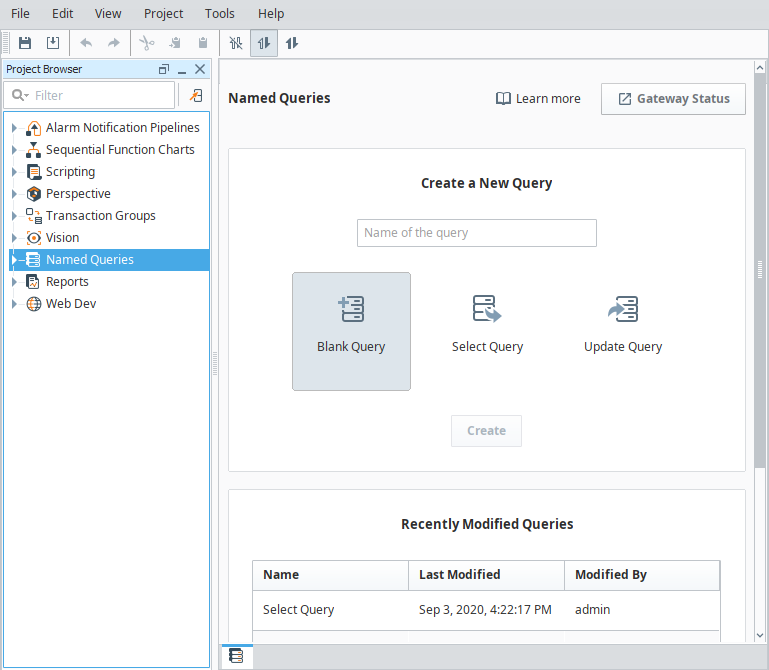 Named Queries have their own workspace in the Project Browser section of the Designer. 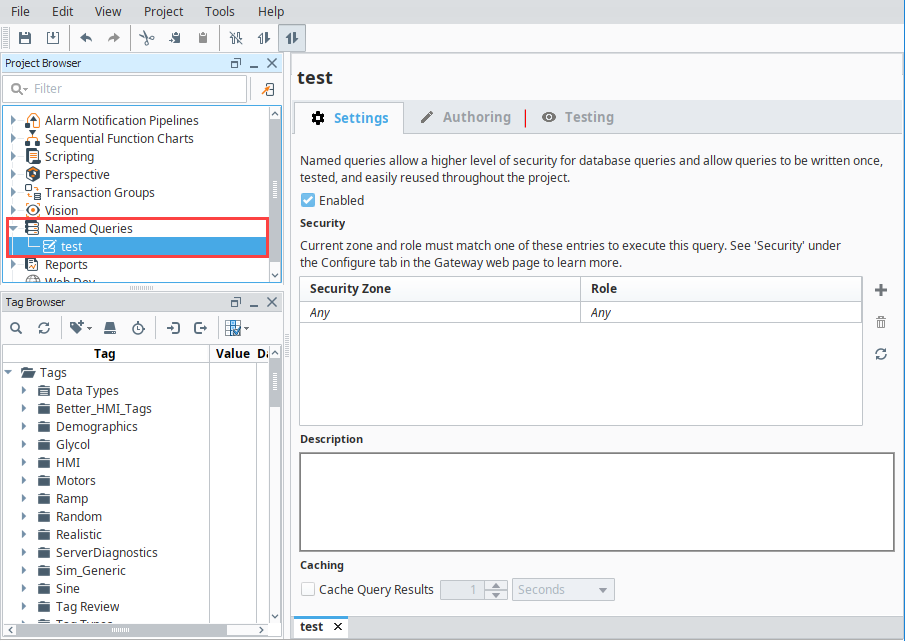 Where Are Named Queries Used?

Named Queries may be used in multiple locations in Ignition. They are used in all the same places that a normal SQL query would be used. Here are a few examples of locations in which named queries can be used. A more detailed example of a named query is provided here.

A Query Binding type has been added to leverage named queries for any component property bindings. Named Query Parameters may be bound to Tags or other properties on the same window, allowing your users to modify the resulting dataset by manipulating other components similar to the original SQL Query binding type. You can also select and update a query to simulate a bi-directional binding to the database. 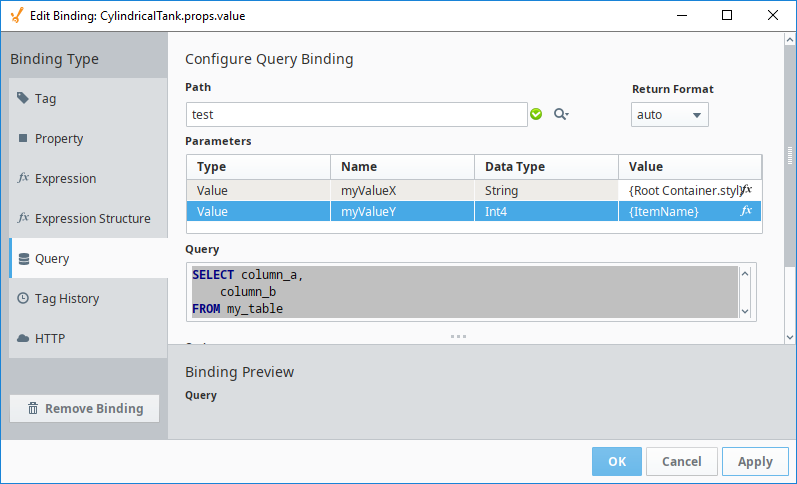 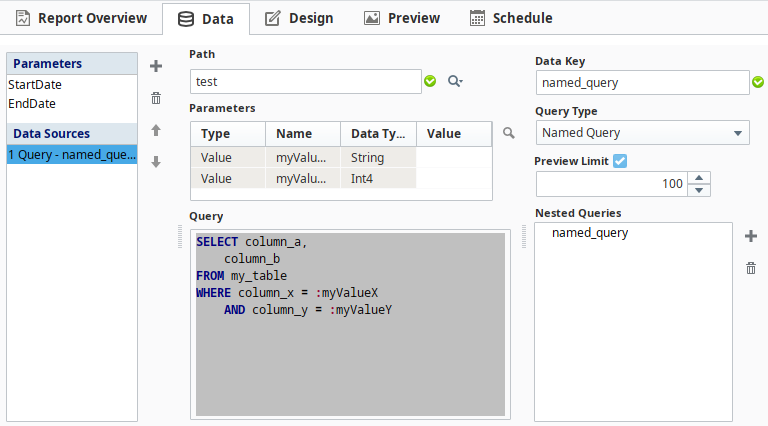 The system.db.runNamedQuery function may be used to called a Named Query from any Python script. This provides a secure method to execute a query from any location in Ignition.