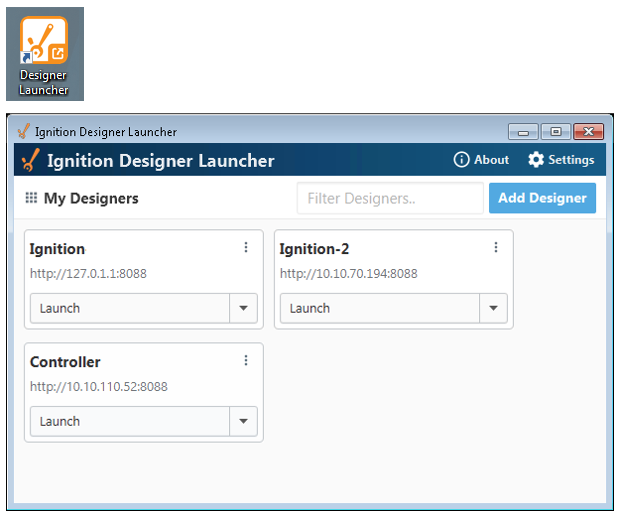 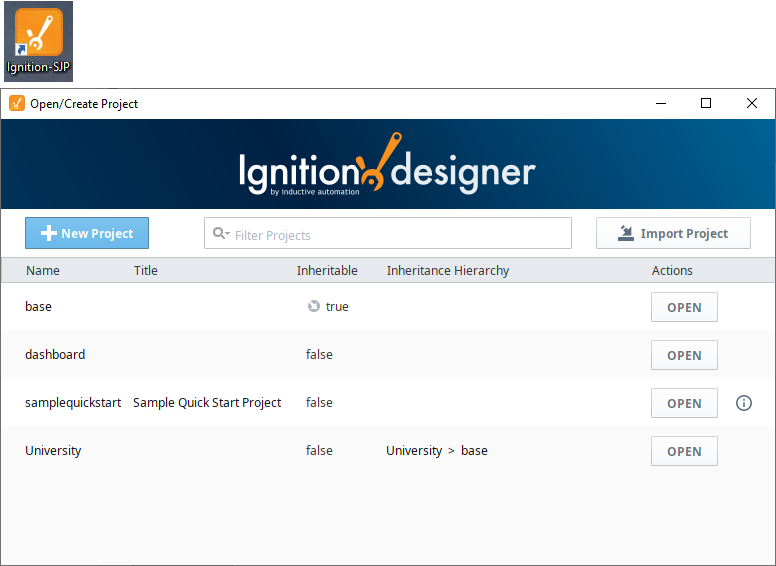 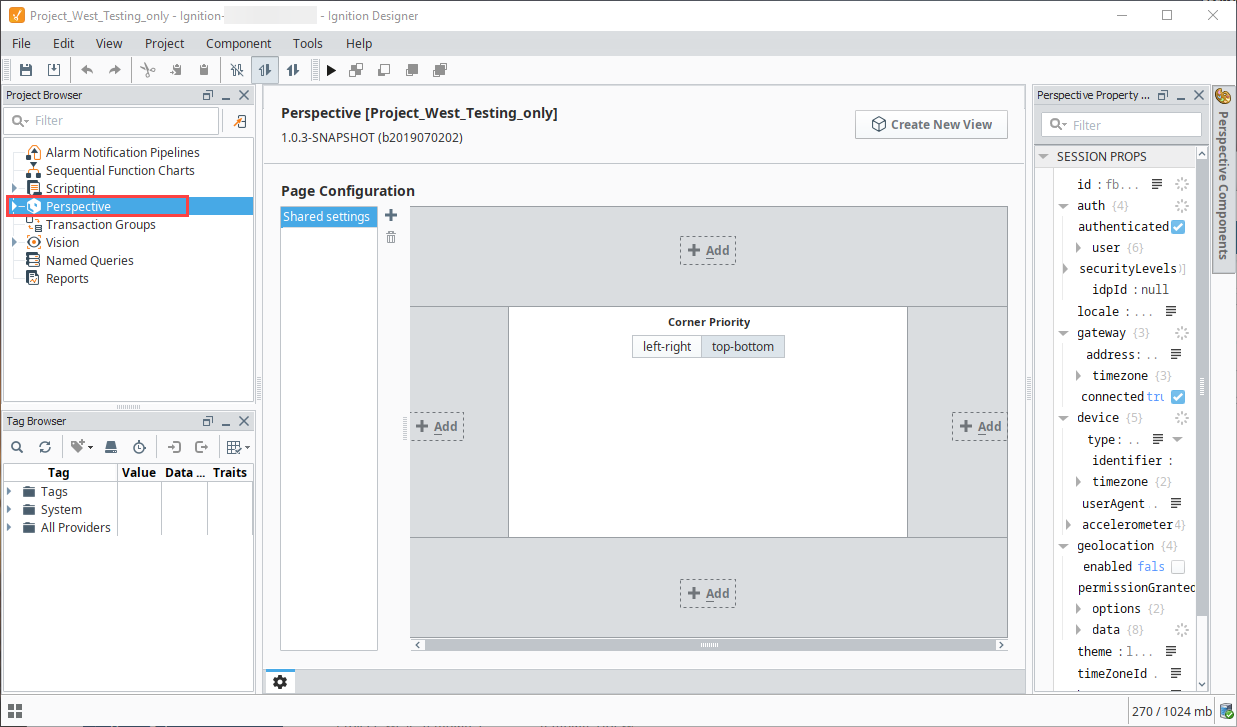 To design your project in Vision, expand the Vision module in the Project Browser. The Vision Getting Started window will open, allowing you to create windows, add components, and create Client Tags. 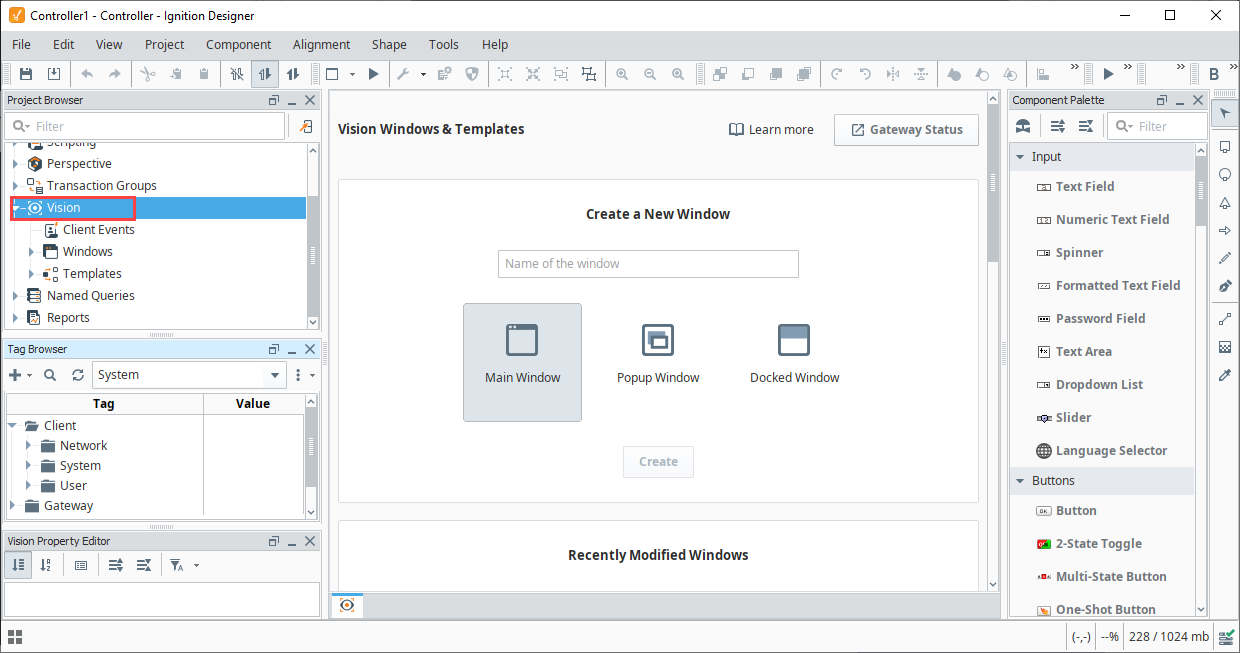 The table below contains descriptions for available settings when creating a new project in the Designer. 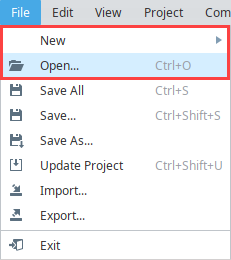 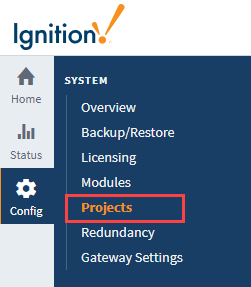 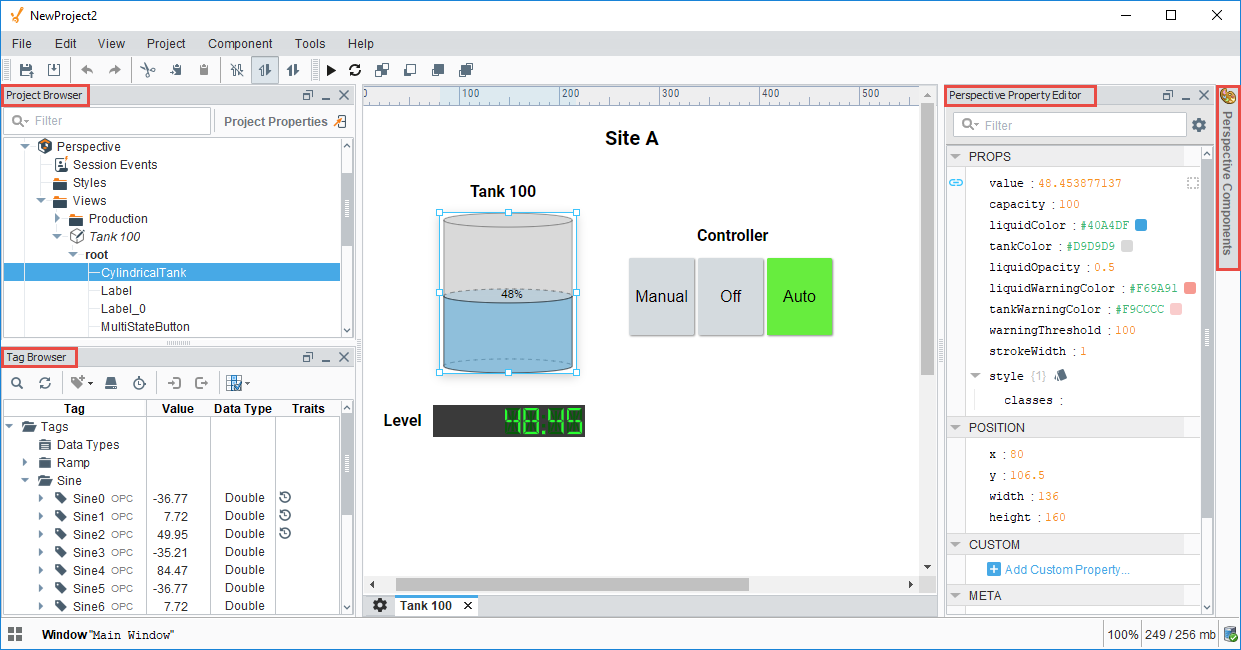 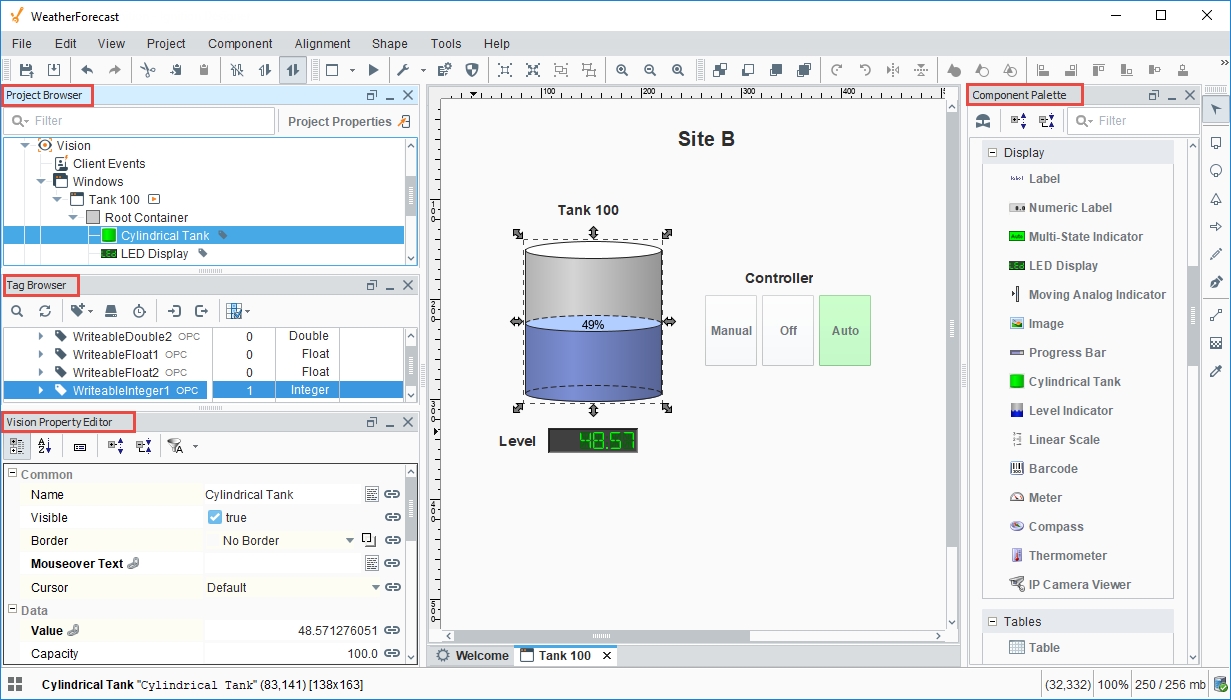 The Status Bar at the bottom of the Designer workspace allows you to view and adjust certain Designer settings. 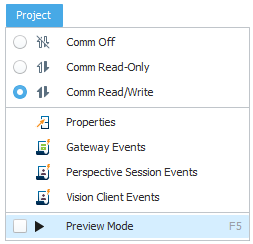 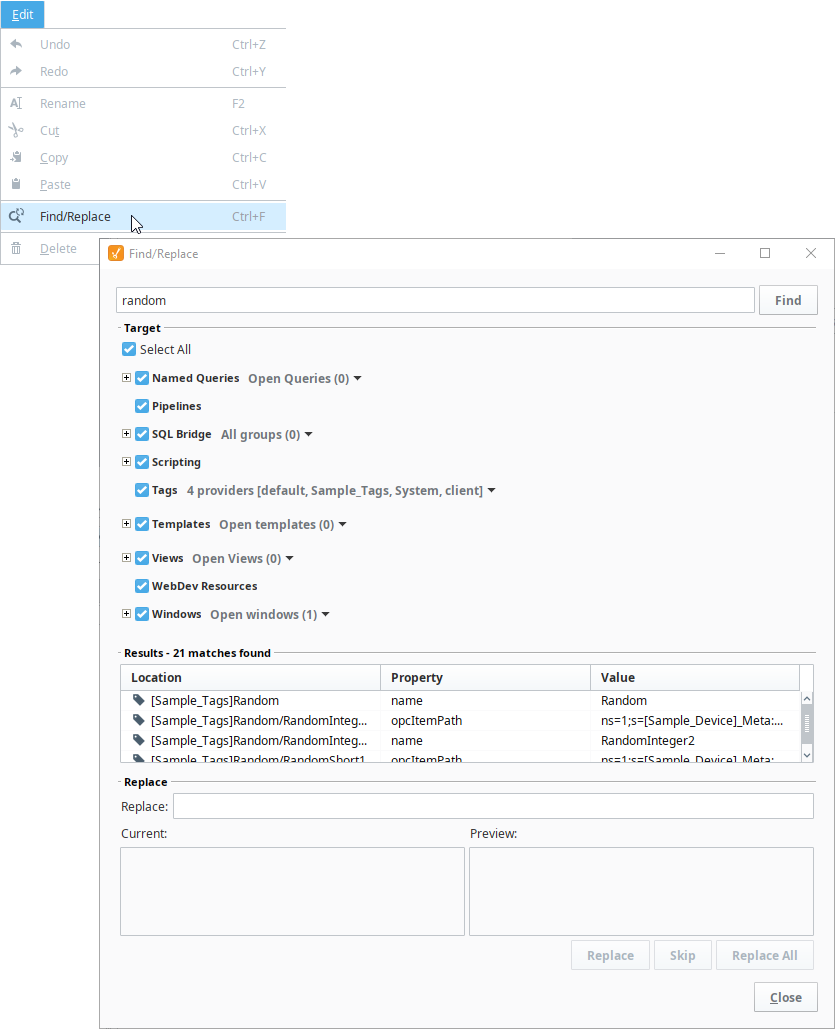 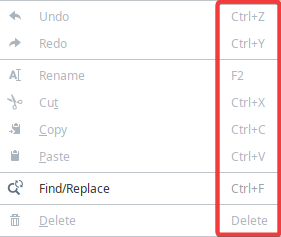 The Ignition Designer uses a lock-free strategy for handling concurrent editing. Multiple people can work together and make changes to a project at the same time. An unlimited number of Designers can be open concurrently, and modifying any resource in the Designer doesn't lock it. The Designer keeps track of the resources that are being edited, and  any conflicting edits will be resolved at the time the project is saved. The developer who creates a saving conflict will be prompted to resolve the conflict by choosing whether to use their own changes, accept the other designer's changes, or cancel their save and figure out what to do in another way.

The Concurrent User Interface allows users to see which project resources are open in other Designer instances, the names of the users that have them open, and when a project update is available. The UI is located in the lower right corner of the Designer. 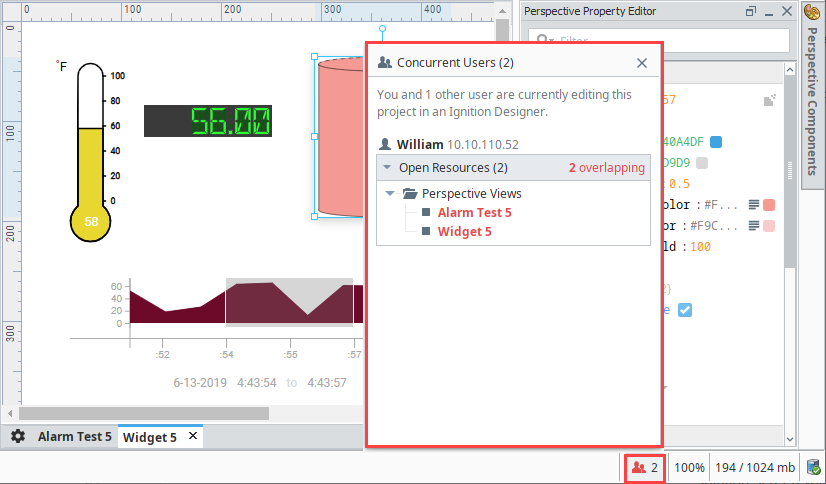 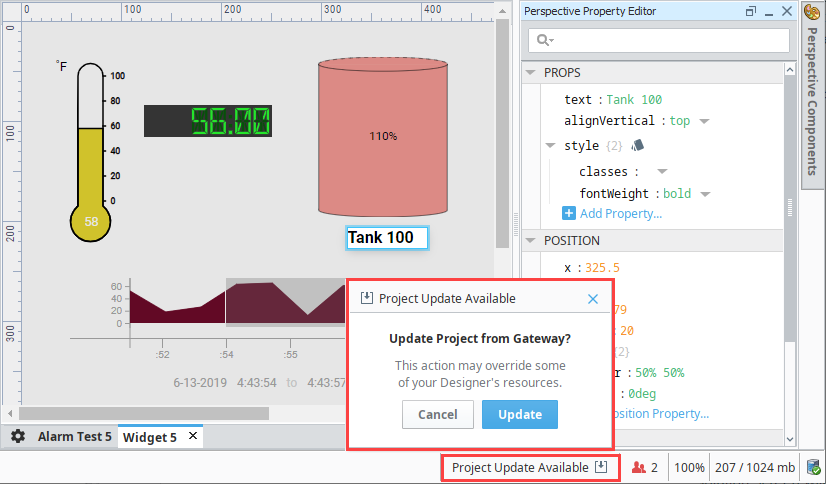 When you're ready to save your project, go to the Menubar and select File → Save . When the Save Project dialog pops up, select the items you want to save and click the Save button. 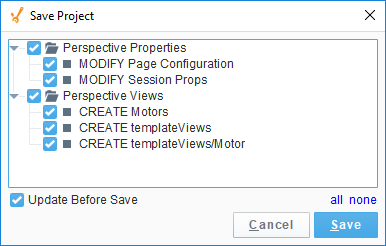 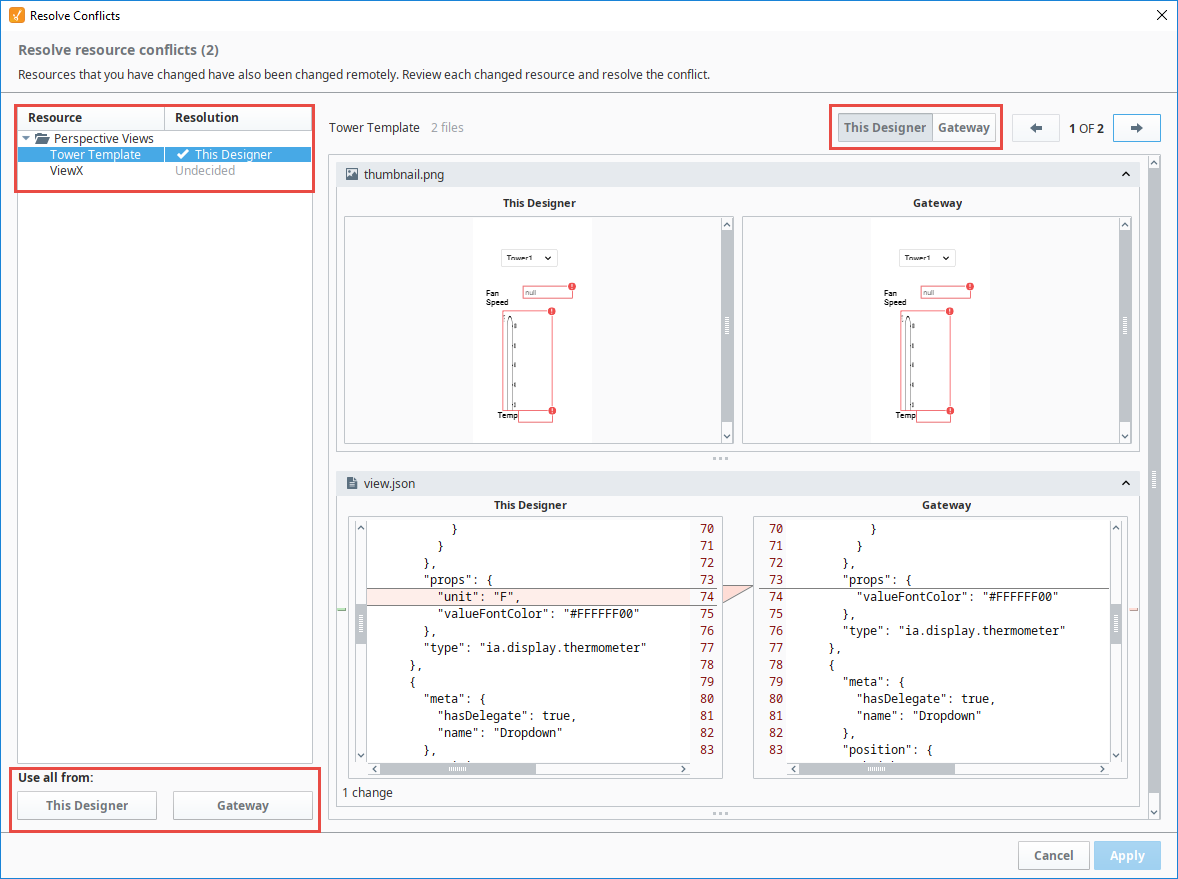