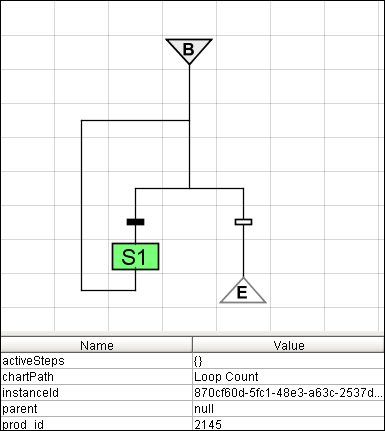 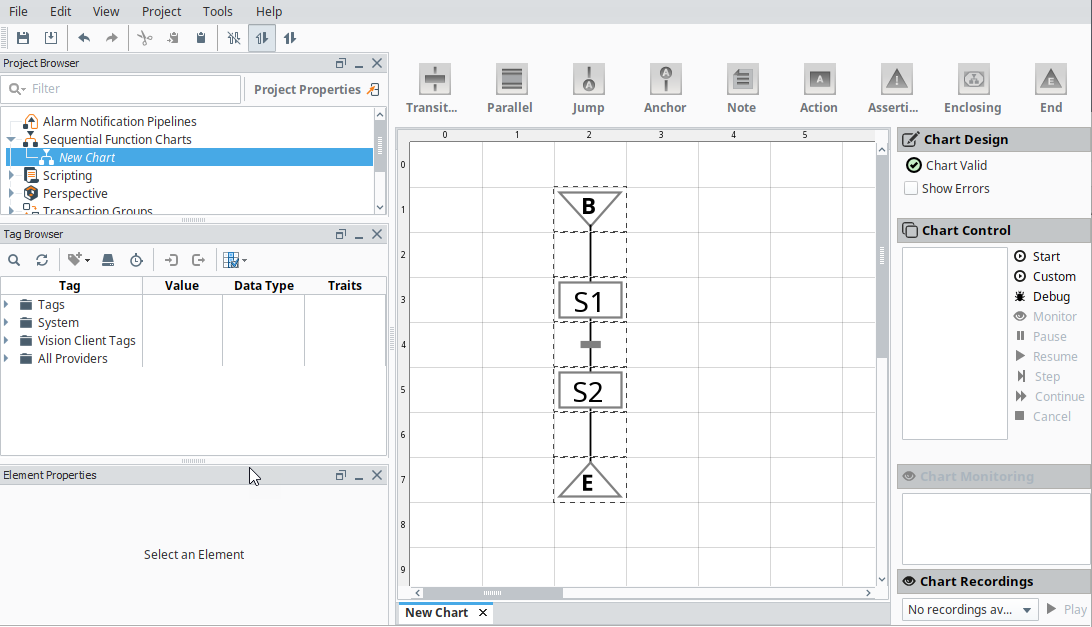 Charts always flow in the same way. They start at their begin step, and the logic of the chart typically flows from the top to the bottom, however charts are able to loop back to previous steps. Doing so allows for looping logic to be built directly into the chart. Flow of the chart can be halted by a transition element. The state of the transition can update in realtime, so a chart can pause until a user approves the chart to move on. 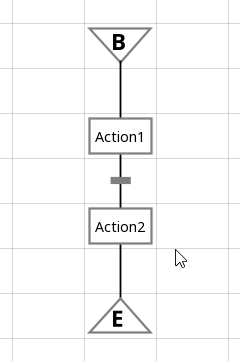 Simple HMI interfaces can be developed to manage the SFC. An SFC can be started with a simple button or it can be managed with the Vision - SFC Monitor component. 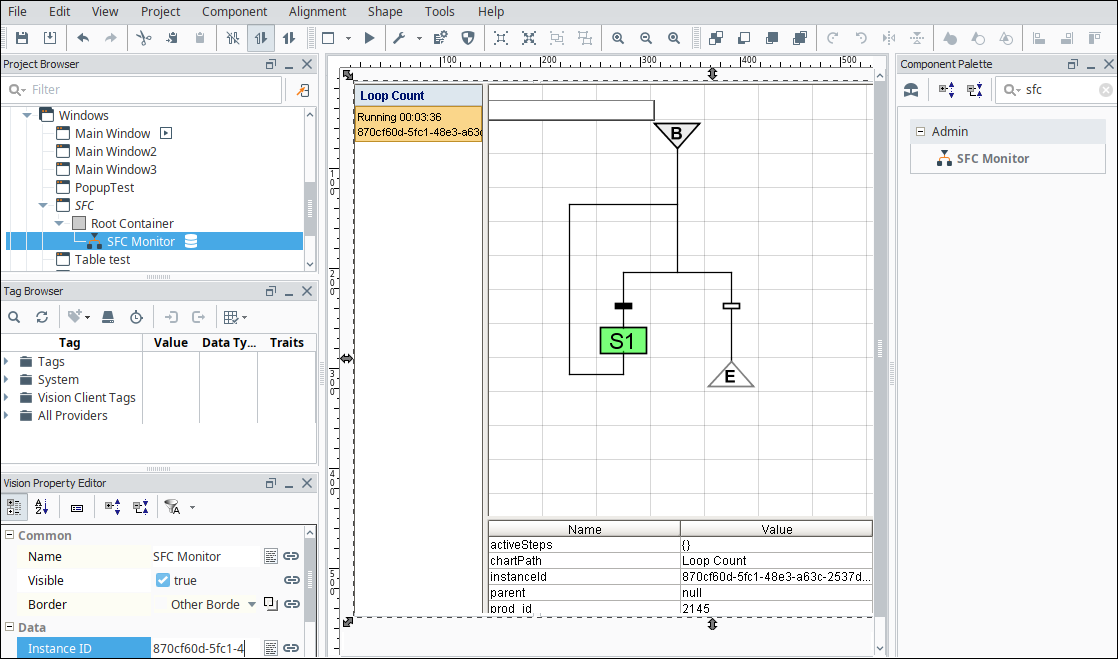 Sequential Function Charts support redundant Gateway clusters and will persist over gateway failovers using the Redundancy Sync property. A Backup Gateway will now pick up where the Master left off, or the chart can be canceled, restarted, or even set to run at a different step. 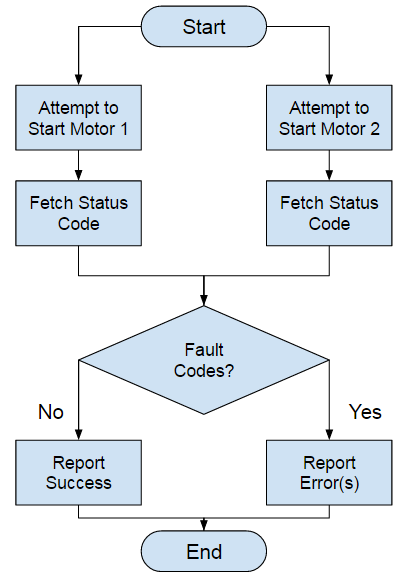