Security options in Ignition provide many ways to safeguard your data and applications. You control not only who accesses your systems, but when and where they can access them. You can add as many user sources as you need. For users, you can store detailed information beyond just a user name and password, such as schedules, roles, and phone numbers.  At the core of Ignition's security are users and the roles of users.

At its simplest, setting up security in Ignition follows this pattern:

The diagram below illustrates how Perspective and Vision access user sources and shows some of the differences between Federated IdPs, external AD authorization, and internal Ignition authorization. A few notable points: 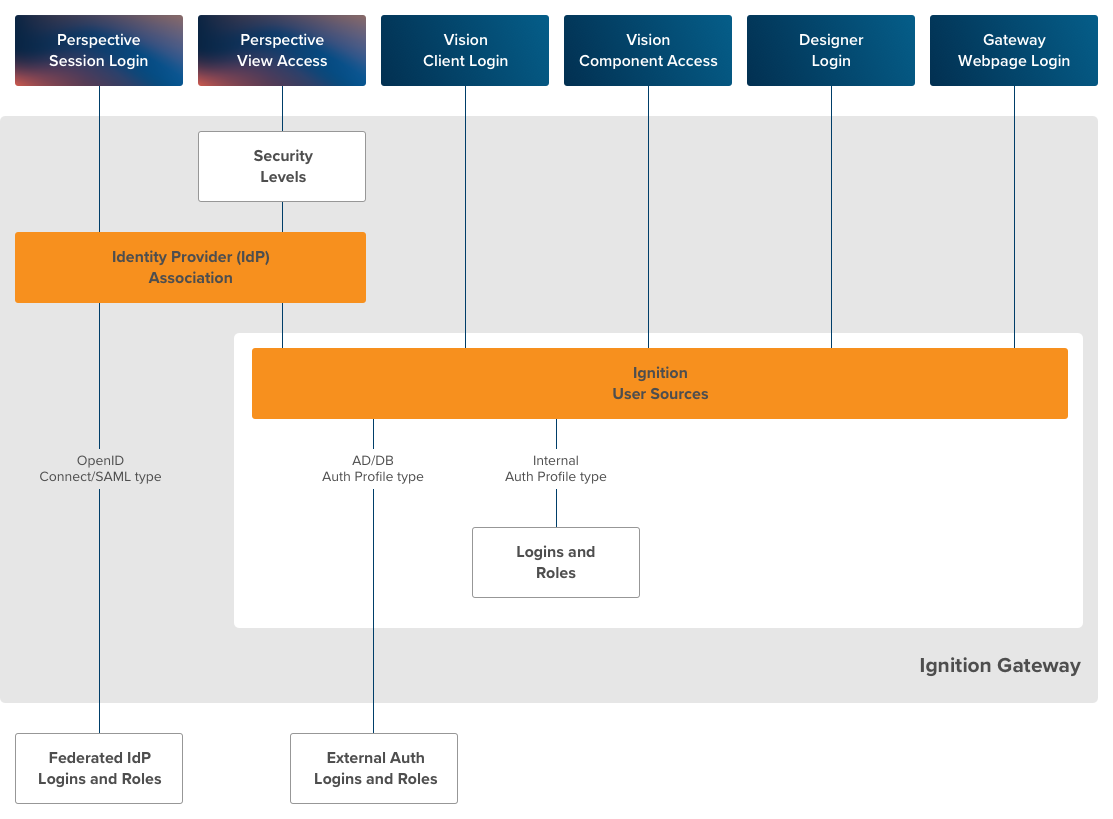 Role-based security works under the concept that each user may be assigned to various roles. Security policies are then defined in terms of these roles, rather than defined for specific users. An example of roles could be an Administrator role that has access to the Designer and the client or session or an Operator roles that have access only to windows or views that pertain to their jobs. Roles allow users to be reassigned, removed, and added without affecting the logic of the security policy. 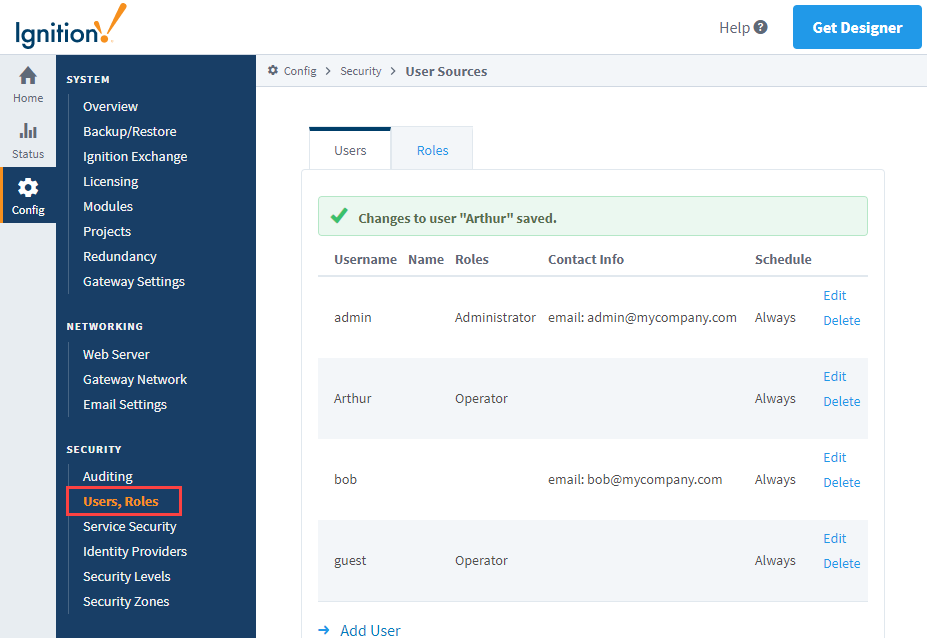 There are several types of User Sources that offer various features. For example, the Internal User Source offers the ultimate in ease-of-use: you simply define the users, their passwords, and the roles within the Ignition Gateway configuration web interface. In contrast, the Active-Directory User Source offers the power of integrating Ignition with a corporate security infrastructure. Users, passwords, and roles would be managed centrally by the IT department.

Identity Providers and Security Levels are currently only available for use with the Perspective module.

Identity Providers (IdPs) offer user authentication as a service. An IdP creates, maintains, and manages identity information for principals while providing authentication services to relying party applications within a federation or distributed network. Authentication of the user is handled by the IdP. Ignition can connect to these three different types of IdPs: 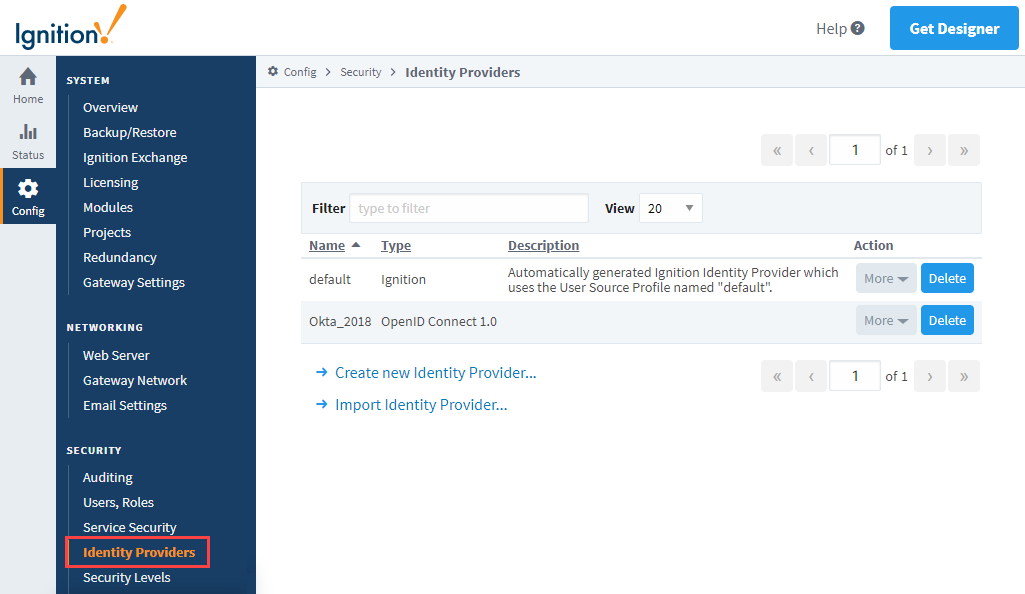