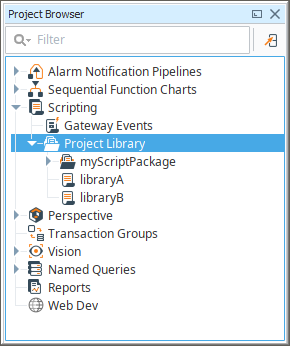 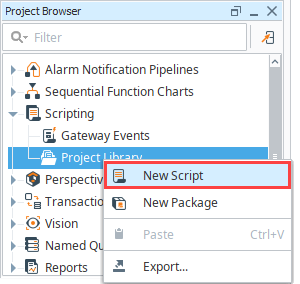 Don't Forget to Save

Project scripts are not accessible to the other resources until the project is saved. 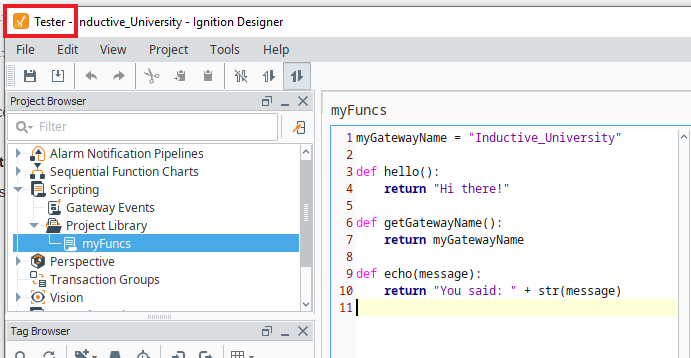