In order to use a Named Query, first one has to be created. You might already have some that another developer created but if not, you will have to make one by going to the Named Query section in the Designer or converting a SQL query. 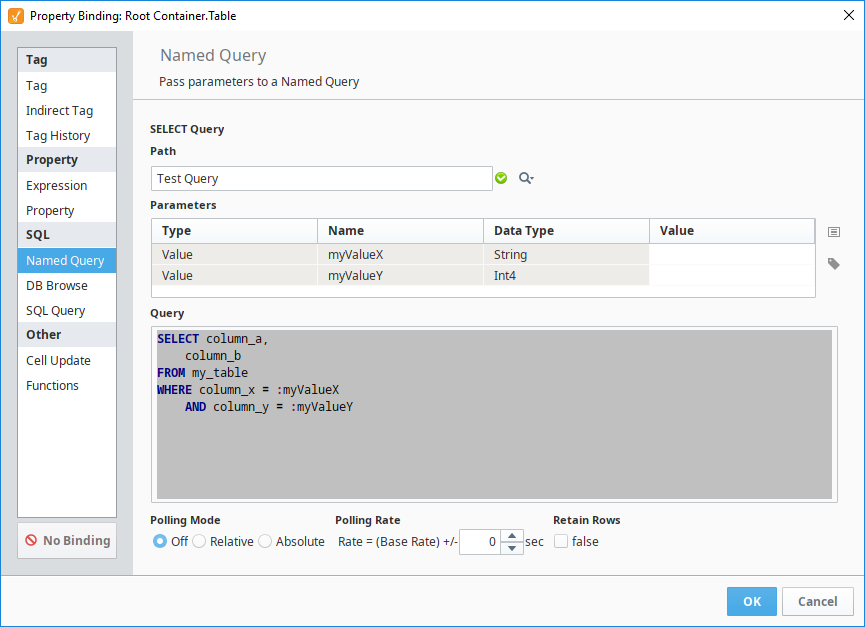 When placed on a non-dataset type property (such as a String or Integer), then the Named Query binding allows for a second Named Query to be specified in the case that the user can update the value on the property. This provides an opportunity to both return and update values in the database from the same component. 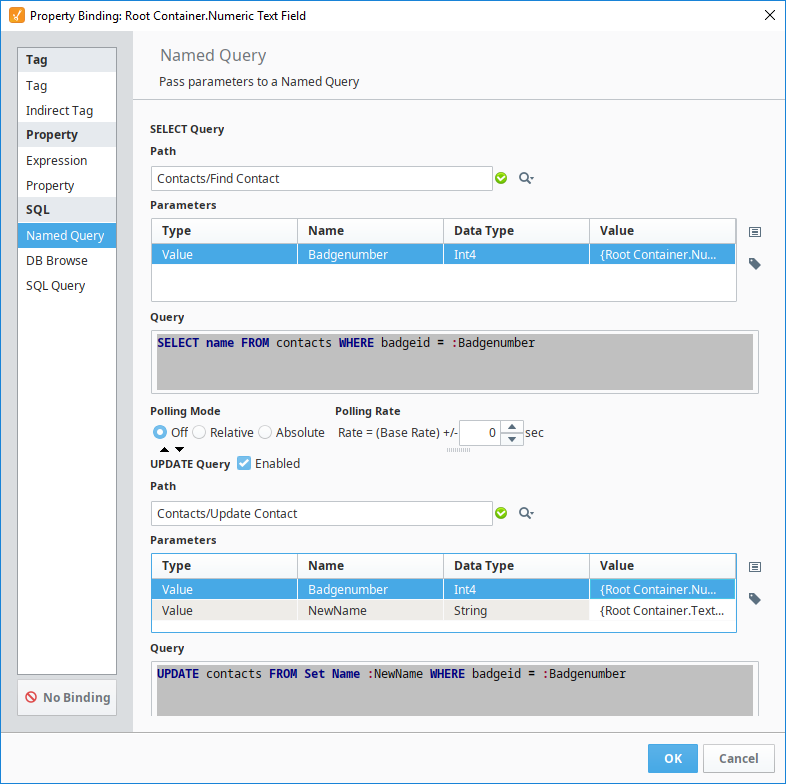