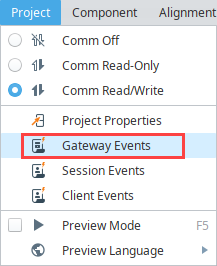 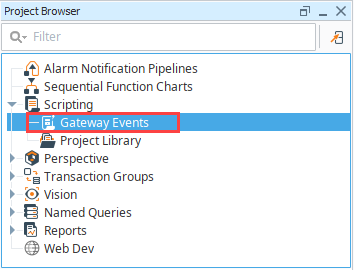 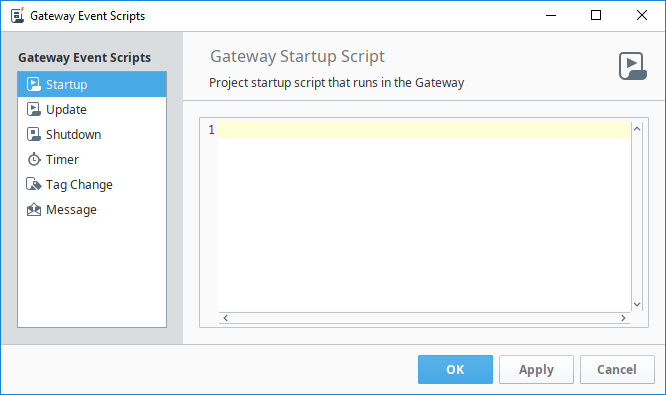 The following feature is new in Ignition version 8.0.5
Click here to check out the other new features 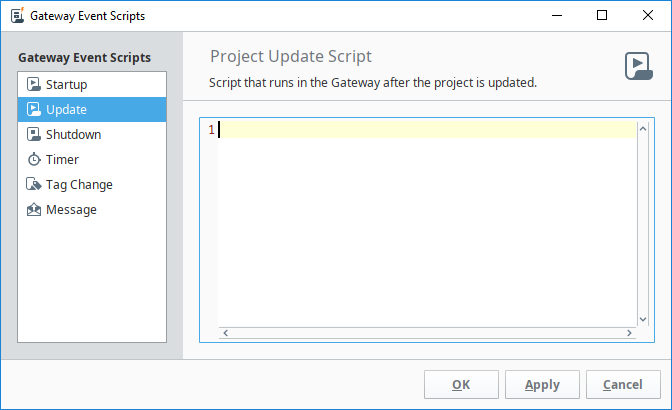 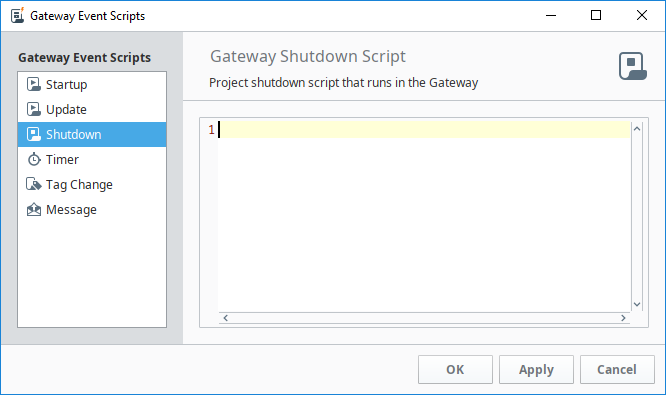 Similar to how a Startup Script behaves, "Shutdown" in the context of this event means "project shutdown", so shutting down the Gateway would trigger this event, as well as disabling the project containing a script on this event. Additionally, making a change to a Gateway Event Script in the Designer, and then saving the project will cause the project to restart, which means this event can get called by simply making changes in the Designer and saving. 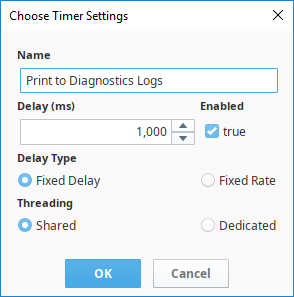 The Tag Change Script event allows you to specify any number of Tags, and trigger a script when one of them change. Since these execute based on a Tag changing value, Tag Change Scripts are ideal when you need a script to run based on some some signal from a PLC.

Due to their nature, Client Tags may not trigger Gateway Tag Change Scripts. However, there are other similar events, such as a Client Event Script, that enable you to trigger a script based on a Client Tag changing value. 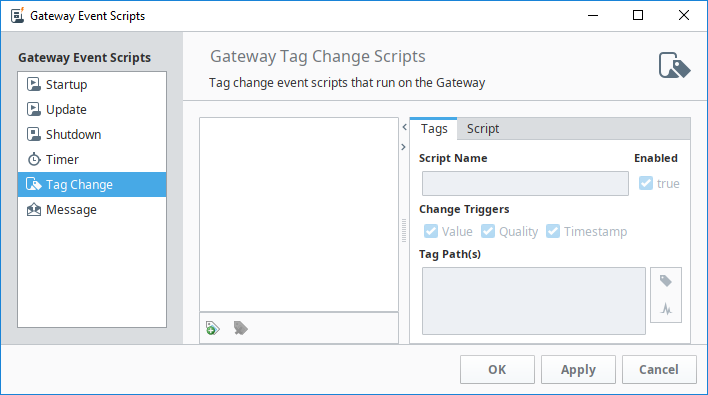 The Script tab is where the Python script associated with this event will be placed. Two icons are available below the list:

Remove Script - Removes the currently selected script from the list. 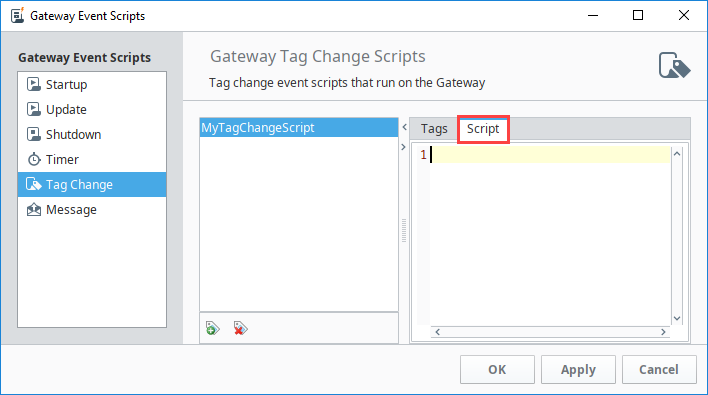 Tag Change Scripts contain several built-in objects that are useful for inspecting the event, such as seeing what value the Tag changed to. These objects are listed below:

A variable that is a flag (0 or 1) which indicates whether or not the event is due to the initial subscription or not. This is useful as you can filter out the event that is the inital subscription, preventing a script from running when the values haven't actually changed.

A QualifiedValue object that contains the following methods

These methods are available on the TagPath object returned by event.getTagPath() calls

Modify Message Handler - Will modify the settings for the highlighted message handler. 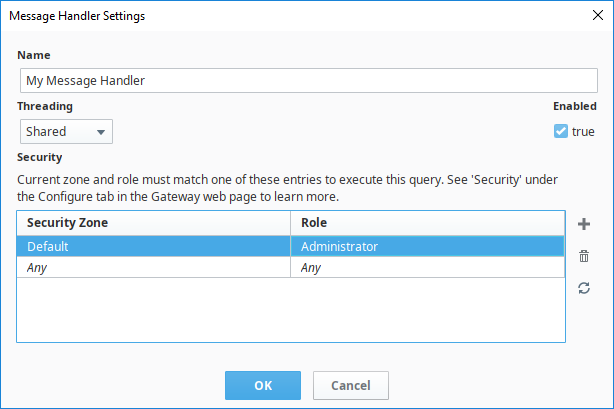 Threading - Determines the threading for the message handler. Contains the following options:

Shared - The default way of running a message handler. Will execute the handler on a shared pool of threads in the order that they are invoked. If too many message handlers are called all at once and they take long periods of time to execute, there may be delays before each message handler gets to execute.

Security - Allows you to specify security zone and role combinations that are allow to request this message handler.