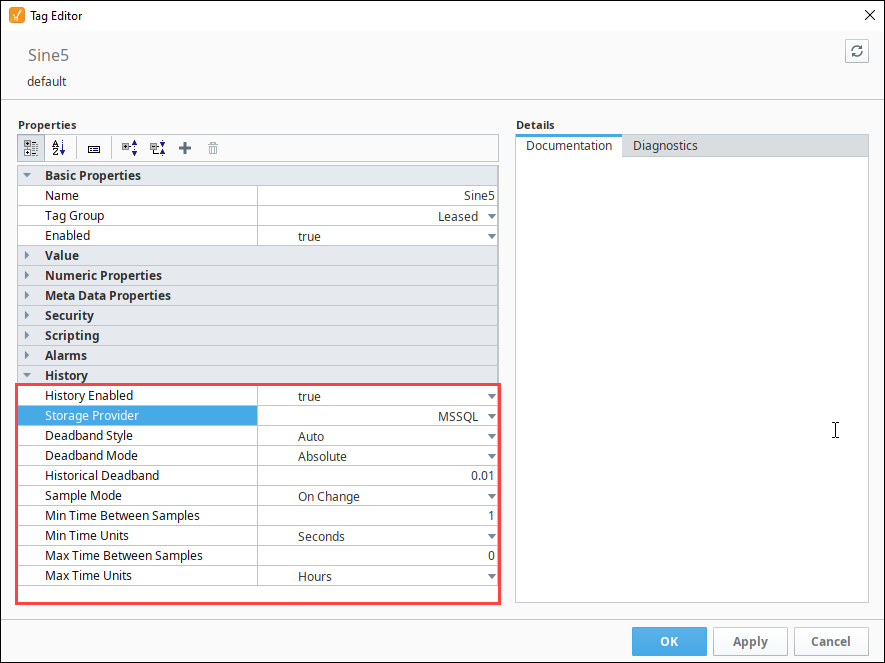 Note: Dataset type tags are not supported by the Tag History system.
Do the following steps to log history data for your Tags:

Add History to Tags in UDT