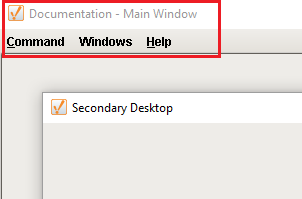 Opening a Desktop on Each Monitor