Similar to how water flows down a river, execution of a Chart flows along one or more paths. When a Chart is running, flow typically moves from top-to-bottom. To reinforce this concept, Begin Steps only flow down, and End Steps only accept flow from the top.

While charts generally flow from top-to-bottom, they can advance bottom-to-top. This allows for looping logic to be built directly into the Chart: the Chart will loop around until something either redirects the flow, or cancels the Chart.

In the image below, the Chart will flow out from the bottom of S2, travel up, and loop back around to the top of S1. The Chart will continue looping around until canceled. 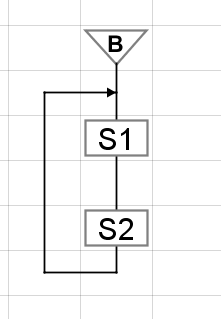 Determining when to proceed

Before flow may exit from an Action, the following requirements must be met:

Once both condition are true, flow continues.

In cases where multiple open Transitions are present, flow is biased towards the left-most path. In the image below, flow exits from S1, and has two possible paths. When both Transitions are true, flow will always take the left path, so S2 would execute next. In this scenario, S3 would be ignored. 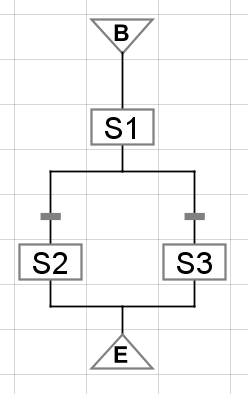 In most cases, Transitions will not statically be set to a true value. By implementing more meaningful expressions on the Transitions, the Chart can determine which path to take while running. Furthermore, as long as both Transitions are false, flow of the chart will be blocked, waiting for one of the Transitions to become true. This structure is very similar to a logical OR: if either Transition is true, flow will continue.

When developing a chart, there are several rules to keep in mind. Violating some of these rules will result in compilation errors on the Chart. The Designer's interface will report any chart errors in the Chart Design section. 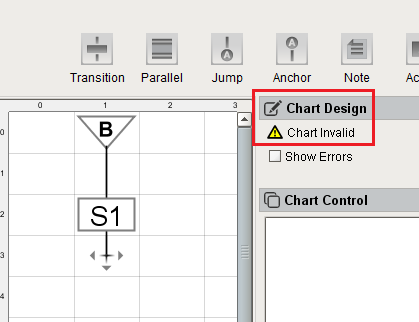 When enabled, the Show Errors checkbox will highlight problem areas on the chart, as well as show the error when the mouse cursor is moved on top of the problematic area. 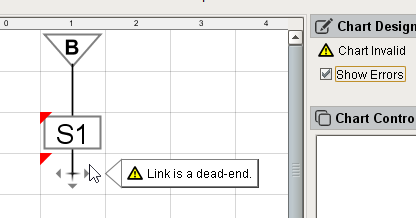 Flow must always lead into the top of an Element.

The image below demonstrates an illegal Chart. This Chart will not execute because the flow from S2 is attempting to lead into the bottom of S3. 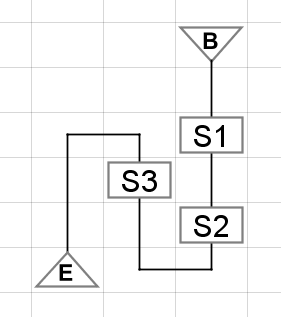 All Elements must be connected to the Chart

Every element present should be linked to other elements in the chart. Rogue elements should be removed before the chart runs. 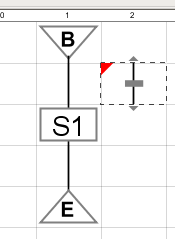 All Links must lead to an Element

Links must connect to an element. Any link that is not connected is considered a dead-end, and must be removed. 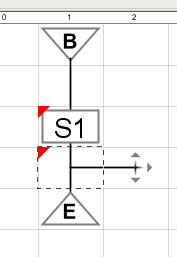 This rule extends to links created inside of a Parallel element. 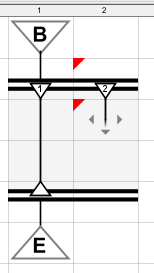 Flow may not lead into multiple Actions 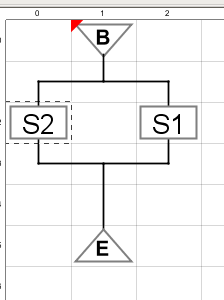 Charts do not need an End Step

Flow of the Chart must always lead somewhere, but an End Step does not have to be used. Charts can freely loop around indefinitely. If flow is blocked by a Transition, then the Chart is effectively awaiting input to execute.

Each running chart is effectively a finite-state machine: the Chart can be in one of many different states, but it is only ever in a single state at any given moment. The current state of the Chart carries significant meaning.

The figure below shows each potential state a chart can be in, and outlines which states are accessible from each other state. 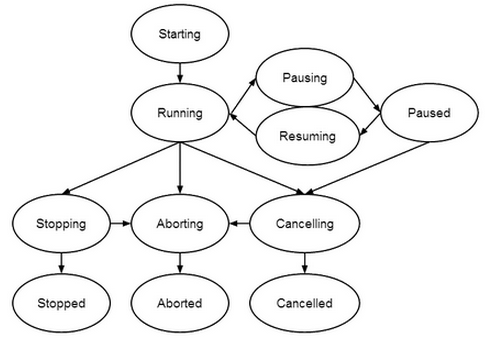 The following states are common to the lifecycle of a running chart.

What are there three different terminal states?

All three terminal states essentially mean the same thing for the Chart: the instance will no longer run. The differences is how the Chart ended. When troubleshooting, it is helpful to know why a Chart ended; did it finish successfully, was there an error that prematurely ended the Chart, or did something request that the Chart stop?

Understanding how the Chart ends can greatly aid in tracking down any problems. To that end, it is highly recommended to place scripts on the On Abort event. This will clearly log when a chart failed.