When learning how to code in Python, most Ignition users tend to place most of their learning efforts on memorizing syntax or other aspects of the language. While being comfortable with the language is useful, there are plenty of references available: countless books and websites that describe syntax and usage already exist.

In truth, the best thing you can do to make yourself a better programmer is to learn some basic troubleshooting behaviors. While syntax examples are all over the Internet, examples detailing exactly what you want your code to do, to the extent you want it to, will be difficult if not impossible to find.

This section details how to troubleshoot a script in Ignition. You won't walk away from this section having exact answers to specific problems, but rather examples and concepts that you can apply to your own scripts.

The following are some general and helpful best practices that can help minimize the amount of time you spend troubleshooting, as they can help better direct you to a problem.

When code fails mid-execution, it always generates an error message. Where the message appears depends on where the script executed:

What happens if I don't see any errors?

If there truly isn't an error message somewhere, but your code isn't doing what you expected, then ask yourself the following questions:

Question #2 is harder to answer: if you knew what it was doing, you wouldn't be stuck! The best way to answer this question is by adding print statements to your code.

When a script doesn't perform to expectations, it can suggest a problem with the script's workflow. Some of the pages in this section can offer some suggestions on what to do.

If You Find an Error, Read It!

It is common for users that are new to scripting to see an error message, immediately close it without much thought, and then stare at their code as if the problem will politely make it self known. While looking over your code line-by-line will eventually lead you to the problem, the error messages can provide you with a shortcut to the issue. Check out some of the pages in this section for more information on reading an error message.

When testing your scripts, the print command can help you verify that your code is behaving the way it should. This allows you to reconstruct what your code did when it executed. Don't be afraid to add helpful print statements to your code.

Once your code works as expected, remember to either remove or comment out the print statements, so they don't flood the console during normal use as this makes troubleshooting other issue more difficult.

While comments are useful to remind you how your code works, you can also use them to plan your script before you write any code. Break down what you want the code to do into several smaller steps, and then leave comments describing those steps in order. This provides you a chance to review the script's workflow before worrying about syntax. It also provides natural points to stop and test your code, to make sure it is doing what you think it should do. 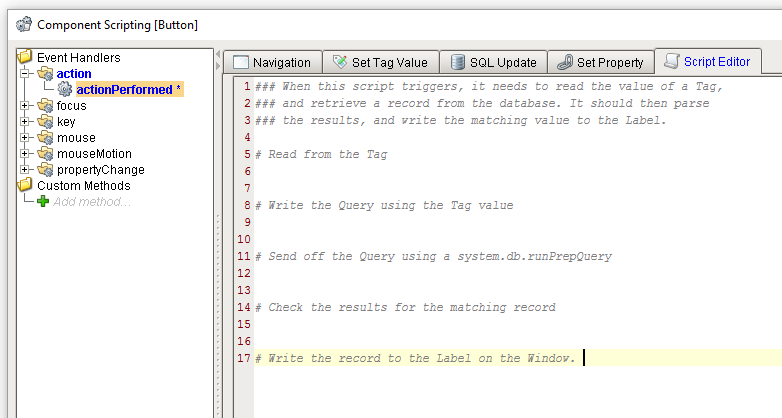 Unless the script is very simple, avoid writing the entire script and then testing at the end. You may have missed an important line early on, so now you have to adjust all of the code below that line to make the script run. As mentioned above, add print statements, and run your script to make sure it is doing what you think it should.

Additionally, stopping to test your code provides an excellent opportunity to save your project. Get into the habit of saving before you execute any new code.

Avoid Hard-Coding Arguments: Use Variables Instead

Instead of doing this:

Try to get into the habit of doing this:

Simple examples like the above don't make for the best use case, but when you have a large script that references a value multiple times, it is easier to declare the value once in a variable, and then just reference the variable throughout your code. If you need to change the value later, then you can simply change it once where you initialize the variable, and you don't have to search every line of your code looking for the value.

Decide on a Naming Convention

When creating variables, try to adopt a naming convention that comes natural to you, and stick to it. If you consistently write variables using the same conventions, you will be less likely to end up with a typo when referencing that variable later in your code. Remember that code is case-sensitive, so something as simple as forgetting to capitalize a letter will cause an error.

This is especially important if you are working in a group on the same project. It's better to get together with your colleagues and agree upon some naming conventions before you write any code.

When learning how to code, it's not uncommon to run into multiple issues that require you to find a workaround. However, these workarounds can cascade into other issues and make your script more complicated. Consider the following:

Take a step back and ask yourself "what is this script doing"? If you can't do that in a sentence or two, you may want to rethink the script. If the scope of the script is too large, then it considerably increases the complexity of the code, which in turn could add a plethora of problems later.

If you keep adding workarounds, but you're code is not getting any closer to achieving its end goal, there may be an easier way to accomplish what you're trying to do with a different approach.